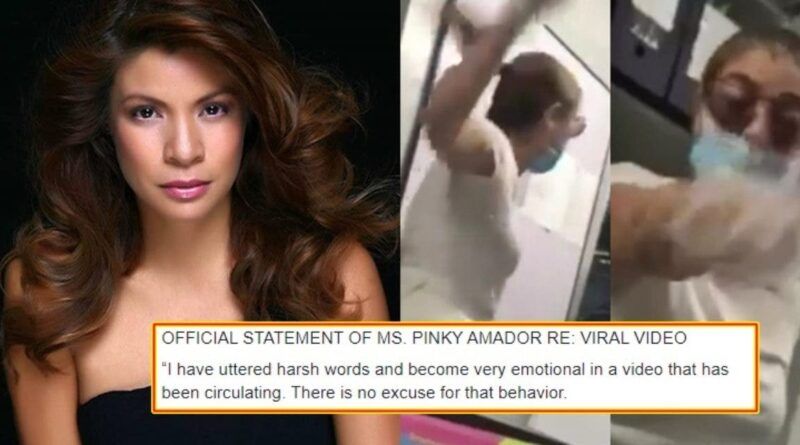 Hot topic on social media has prompted actress Pinky Amador to respond to employees of her condo-hotel.

The video was taken on June 5 where Pinky blamed condotel employees for negligence and could lead tenants to become infected during the COVID-19 pandemic.

This is one of the hotel and condominium buildings housed by actresses in establishments that received OFWs Persons Under Monitoring or PUM who reaffirmed the ban for observing 14 days before returning home.

According to the video, one of Pinky’s concerns is the fact that their tenants have been exposed to PUM OFWs who are staying in the building’s elevator.

Due to the incident, Pinky’s actions immediately prompted a variety of comments on social media and caused staff negligence.

Here, they tell us why the actress burst into rage.

“I have uttered harsh words and become very emotional in a video that has been circulating. There is no excuse for that behavior.

“Please understand however, that my emotion was the product of countless minutes of worrying for my safety and that of my neighbors, following up with building administration, and talking to my very emotional neighbors and friends.

“I live in a Condo-Tel, that is a building that has units allotted for residents, and units allotted for hotel guests for a fee. On 04 May 2020, our Condo-tel accepted 59 returning Filipinos without informing us of their being designated as a quarantine facility. Of note is the fact that these returning Filipinos neither had the proper documentation with them upon entry, nor any indication that they were tested, or when their test results were arriving. The residents wouldn’t have known of their arrival, if not for the witnesses who had seen them enter the premises of our Condo-tel.

“The residents were not notified about the designation, not the influx of these returning Filipinos, and that was a cause for alarm not just for me but for all the residents.

“As of 04 May 2020, the administration did not send any notice about the incident, issue any safety Covid19 related protocols, and delayed disseminating any such information to residents, thus risking everyone’s safety in the building.

“After that encounter, I have started fearing for my safety in my home, which should not be the case. Since I am not the only resident here, I was not the only one to witness the influx of new guests. Some of my neighbors were very upset, even in tears, when recounting their encounter with new guests in the hotel premises, as some of them take care of elderly parents or grandparents, or have children with them. That is what fueled my ire when that video was taken, since some tenants have been calling me, in tears, with fear for their health, and that of their family members.

“A neighbor posted a video on Facebook of one such encounter which was picked up by the Daily Tribune, a broadsheet, on 06 May 2020. Here is a link to the article on the Daily Tribute: https://tribune.net.ph/…/makati-hotel-takes-in-ofws-alarms…/, in sum, we were exposed to new guests without any advice from the administration and without any protocols in place to protect the building’s residents.

“We have gone to great lengths to acquire a circular from the administration about the incident, and of accepting returning Filipinos, and their current protocols in place, which we requested May 4, 2020 that they post in a public place so that all persons residing in the building would be notified of the incident, and the designation of the building as a quarantine facility. We requested to post it inside our elevators to inform everyone, so they can step up their own safety protocols for their families. Our simple request was faced with little concern and no sense of urgency by the administration.

“We simply wanted them to be transparent with us about the goings on in the building, and to inform us about any systems they have in place. I cannot count the number of times I have tried to communicate this. My other neighbors also tried to do so, to no avail. That was utterly frustrating.

“This is not just about me, or the other tenants but also for the staff and employees as well. It is troubling to watch them at administration behave as if Covid19 is not a serious matter, or that our lives do not matter.

“Taking a video without my knowledge in a private property, and deliberately ignoring me (so as to inflame me further) with the intention to leak online, is to me, malicious, vengeful and a violation of the anti-wire tapping act.

“I am not perfect, far from it. Under these stressful times, when pushed to the limit, how far will you go to protect your loved ones? Sa mga nasaktan ko, I am truly sorry, pero ipinaglaban ko lang ang karapatan natin mabuhay ng ligtas sa sakit.”

Last Friday, June 5, my resident artist, the talented and multi-awarded theater, TV and movie actress Pinky Amador figured in a viral video that showed her in a fit of rage and emotional outburst. Ironically, the very same people who provoked her anger and ignored her pleas were the very same ones who documented the commotion and uploaded it on social media without Pinky’s knowledge, thereby presenting a prejudiced and misinformed account of what really happened. Just to give a brief clarificatory overview of her personal statement, Pinky’s outrage was the offshoot of her personal grievance against misinformation, a plea for accountability from her building owners and administrators, and her rightful reaction and defense for the assurance of her own, as well as her fellow homeowners’ and residents’ safety and well-being amid a potentially hazardous health threat, particularly in light of the ongoing COVID-19 pandemic. Swipe left to read the official statement of Miss @pinkyamador 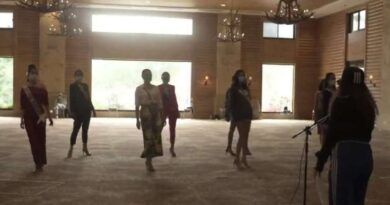 1 week before coronation: Miss U-PH candidates busy with rehearsals; CdeO representative is positive for covid-19, regretting that she can no longer participate 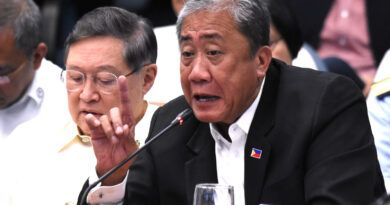 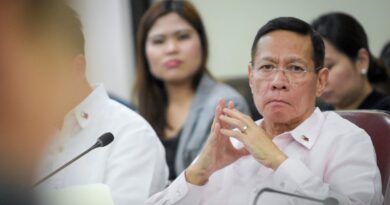 Duque in the Senate: ‘Be fair’ in the PhilHealth mess investigation