Defense Secretary Delfin Lorenzana has sacked Major General Alex Luna, the Deputy Chief of Staff for Intelligence, because of the wrong list of NPAs killed by the military.

The effective resignation of Luna is today January 28, 2021.

According to Lorenzana, the false list of NPAs killed by the military came from Luna’s office in J2.

He explained that this was a big mistake and could not be ignored.

The secretary said it was a negligence at work so he should be held accountable.

It will be recalled that recently the list of NPAs killed by the military spread criticism because some of the people on the list were misnamed while others were still alive.

”I am relieving MGen Alex Luna from his post as Deputy Chief of Staff for Intelligence, J2, effective today (28 Jan 2021). The publication of an erroneous list, originating from his office OJ2, of alleged NPA killed by the military is an unforgivable lapse. His negligence only shows a lackadaisical attitude towards his job resulting to confusion and damage to reputation. We do not take these offenses lightly and I want to hold the people involved accountable, ”the Secretary said. 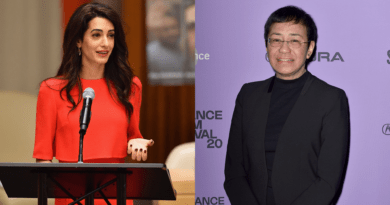 Amal Clooney: A test for democracy in the Philippines

Quarantine status in the country from Nov.1 to Nov.30, final – IATF