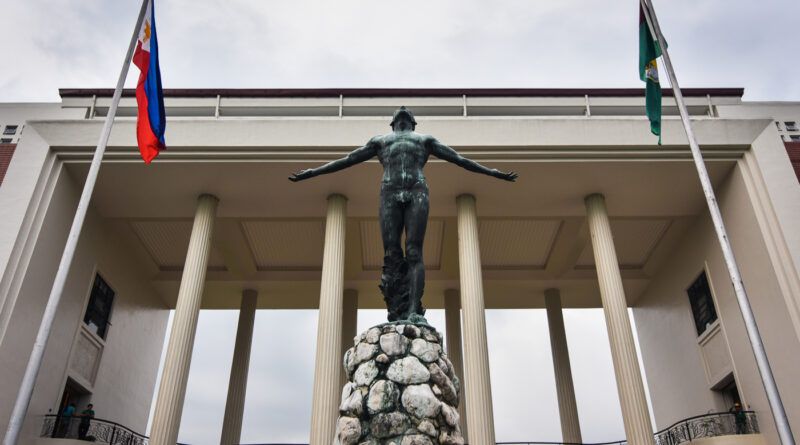 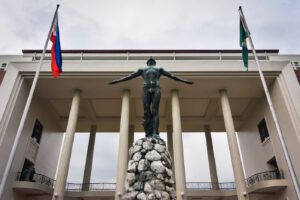 The Department of National Defense (DND) has cut a 31-year agreement with the University of the Philippines (UP) to ban the entry of police and army into campuses when there is no coordination with university officials. 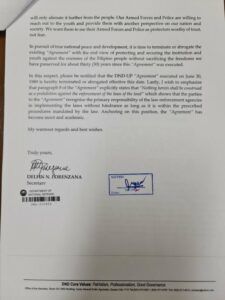 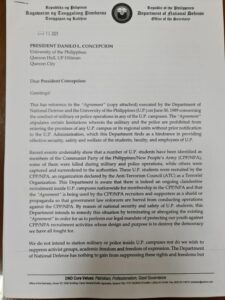 DND letter to UP

In a letter from DND Secretary Delfin Lorenzana to UP President Danilo Concepcion, he said that the said decision was based on the reports they received that some communists were allegedly encouraging students to join them.

The more than three-decade agreement must be sacrificed to save students from being considered the enemy of the government.

The agreement is a barrier to providing security and safety to students.

There are UP students who join the Communist Party of the Philippines and the New People’s Army where some of them are killed in military operations.
By reason of national security and safety of Up students, this Department intends to remedy this situation by terminating or abrogating the existing “Agreement” in order for us to perform our legal mandate of protecting our youth against CPP / NPA recruitment activities whose design and purpose is to destroy the democracy we have all fought for, ”part of the letter.
“The Department of National Defense only wants what is best for our youth.  Let us join hands to protect and nurture our young people to become better citizens of our great nation.”
The said agreement was launched in June 1989 under former President Corazon Aquino prohibiting the military and police from entering UP campuses without saying goodbye to the university administration. 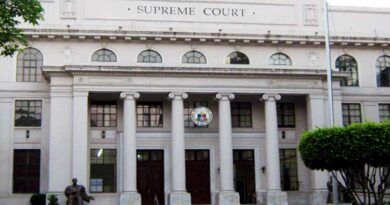 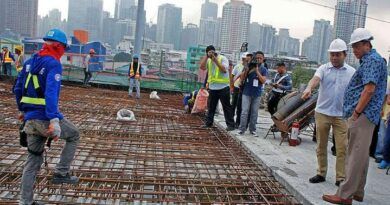