No cases of acute pneumonia, caused by a novel corona virus had been reported in Cagayan Valley Region, according to the Department of Health (Region 2).

In a two-page statement issued by the department today, Regional Director Rio Magpantay said the issue has been confirmed and investigated by the Regional Epidemiology and Surveillance Unit (RESU) upon receiving the information that a Chinese national is allegedly positive for the virus and confined at St. Anthony Hospital in Santa Ana town.

“The alleged patient is no longer a person under investigation and therefore, no case of the 2019 nCov exist in our jurisdiction,” Magpantay said.

Magpantay urged the public not to spread false and unverified information about nCov especially information that confirmed cases of the novel coronavirus are being kept under wraps in some hospitals in the country.

The department said that the circulating SMS is mere speculations. Instead of spreading false information, Magpantay urged the public to focus on helping each other boost our defenses against the virus and to practice preventive measures against it.

According to the WHO, cases of acute pneumonia caused by the new virus were reported in Wuhan City of China’s Hubei Province. As of late Sunday, 198 cases in total had been reported in Wuhan, including three deaths. Two other cases have been detected in Thailand and Japan with health authorities in both countries saying the patients had visited Wuhan prior to their hospitalization.

The new corona virus strain has caused alarm because of its connection to the severe acute respiratory syndrome (SARS), which killed nearly 650 people across mainland China and Hong Kong in 2002-03.

Devotees of Pandacan Parish, became emotional when they attended Mass at their burnt church

FDA on vaccination of soldiers, PSG: ‘We’re not consulted’ 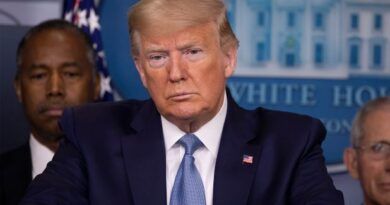 Trump, he has not yet prepared an acceptance speech