In 2018 when Doug lost his favorite surfboard in Waimea Bay, Hawaii and two years later a fisherman found it in Sarangani, Davao Occidental.

Doug’s surfboard has an elephant design and has the marker name Lyle Carlson. He lost his surfboard when he fell into the water and broke his leg.

Wherever he searched for it and also used social media to find it, but he did not get any news.

But by 2020, the surfboard was found in Sarangani. Abdul, the fisherman who saw the board, said at first he thought it was a sunken boat. He sold it to an elementary school teacher Giovanne for P2,000.

When searching on Facebook, Giovanne found out that it was owned by Doug. The two talked and Doug gave Giovanne the surfboard wholeheartedly as long as he took care of it.

In addition, Doug also extended help to students on the island of Sarangani. 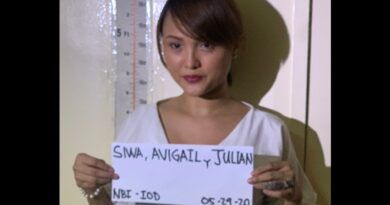 COVID-19 cases in the Philippines are almost 270,000; total recoveries decreased by 538