Malacañang has already extended its congratulations to the new House Speaker Lord Allan Velasco after the congressional majority ratified his election yesterday.

At the same time, Sec. Roque said the election of Speaker Velasco was the result of the congressmen ‘decision.

According to Sec. Roque, boxing is over and they hope to approve in the third and final reading the 2021 proposed national budget in the House from now until Friday.

Malacañang also thanked the House because the congressmen allegedly set aside politics and the priority of discussing the national budget which includes the funds to be used in response to the COVID-19 pandemic. 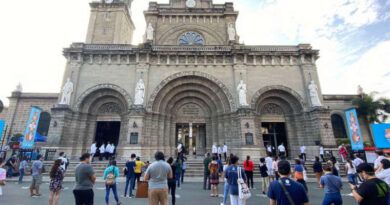 Palace to Lacson: Duterte not only read and memorized the Constitution as a lawyer but studied hard and passed the Bar

Repatriated OFWs due to the pandemic have reached 368,000 – DOLE